Well, except for all the darn rain. How do you #PDXers do it?! My gosh. Albeit the rains were short lived and light, so I suppose things could be worse.

All the rain aside, Portland, Oregon is hands down one of the most beautiful places I’ve ever visited. The gorgeous trees, beautiful rivers, gardens galore, and all of the NICE people. People say Texans are nice, but I’d say the Portland folks have us beat. You all are ridiculously nice.

I won’t bore you all with a totally detailed recap, but I HAVE to hit on some highlights.

Killer Burger
The best meal, and quite possibly the best burger, I’ve ever had the pleasure of eating was at Killer Burger. I had the Jose Mendoza, which has a ton of green chiles, cheese and bacon, y’all. Hubby had the Epic Burger, and it totes lived up to it’s name. Besides tasting helluva good, the prices were affordable. No overpriced, downtown prices. Cocktails were also very tasty and unique. Five stars! 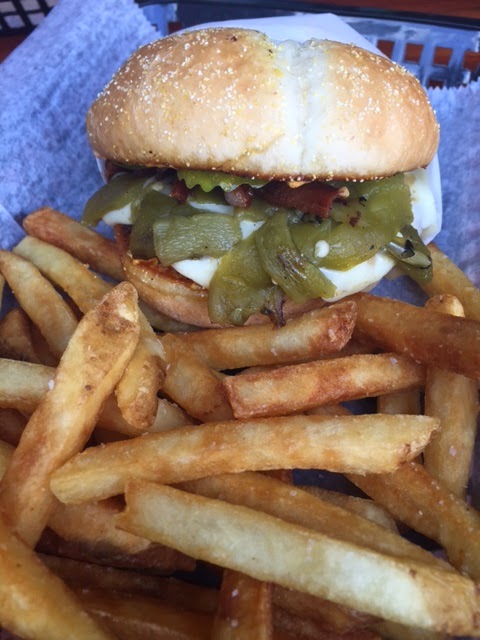 Food honorable mentions: Pieology in the Pioneer District and the pretzel with cheese/mustard dip from Deschutes Brew Pub. Oh, and a shout out to Henry’s Tavern for having Dos Equis on tap. This Latina girl was thankful!

The day we went here I was having a crazy stressful day (it would later turn out to be the best day of the trip, but I’ll get to that in a bit). The calm and the stress release I felt while walking around such a beautiful place cannot be adequately expressed in words. I just completely let go of my stress. It could be that I was breathless from all the stairs (I really felt how unfit I was in PDX), but it was breathtaking. Literally. 🙂 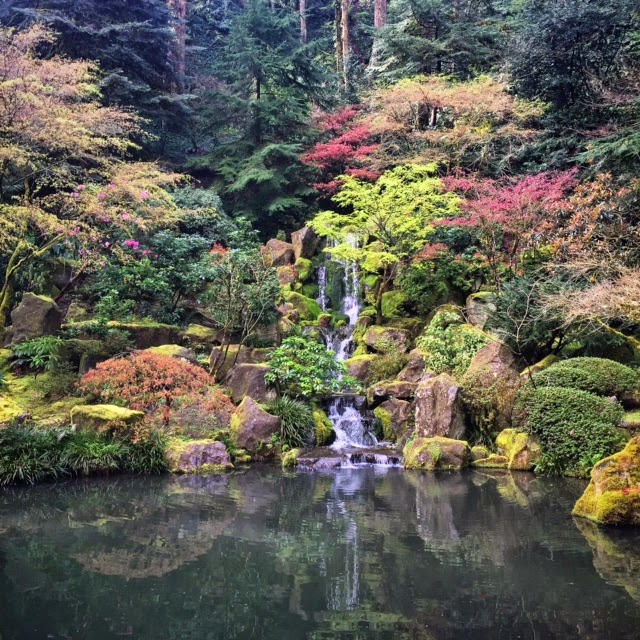 The International Rose Garden wasn’t full of roses just yet, but it was still worth the visit. I can only imagine how beautiful it is once the roses bloom later this spring. Maybe one day I will make it back and smell the roses.

The purpose of my Portland trip was to attend a national marketing conference, so I had to stay at the host hotel. For one night of my trip the host hotel was fully booked, so we ended up staying at the Kimpton Hotel Vintage Plaza on Broadway. The hotel had re-opened just three days prior to our arrival after an extensive remodel, so it was in brand new condition. It was swanky, y’all. The hotel isn’t one I could afford to stay at without Hotwire or Priceline, but if you can afford it…do it. Each room is themed after a vineyard, and is so gorgeous and modern. You can see the nifty nightstands and beautiful headboard below. I will say, the room was a bit small. It was in the heart of downtown with easy access to many eateries and bars. Two thumbs up! 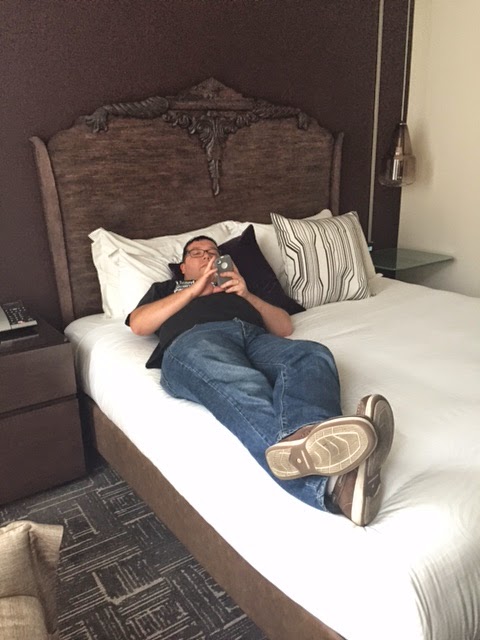 The rest of our time we stayed at the Marriott Portland Waterfront. Meh. The room felt very 1995, but to be fair they’re undergoing a remodel. The construction noise started at 7:45 am and wouldn’t stop til about 5 pm, which was a smidge annoying. I also thought the location was a bit out of the way, and it wasn’t near the streetcar nor MAX line. And the final nail in the coffin–the bar cannot make a decent margarita. I wouldn’t recommend this hotel, but the manager (Bill) is nice and really does listen to his customers.

I won a national award!

You guys…I won a national award! At the conference I was at they hand out national awards (gold, silver or bronze) for various marketing, PR and advertising work by community college professionals. I entered a Facebook campaign I executed in May 2014 and I won the GOLD in the social media marketing campaign category. The campaign cost $212.75 and brought in over $30,000 of revenue to the college. *Pats self on back*

I was super, duper shocked to win gold. Truth be told, I was really hoping I wasn’t having a Taylor Swift moment and Kanye was gonna bust out telling me Beyonce had the best social media campaign of all time.

But, it was all true and legit! Here I am below with my Paragon Award. Daniel has named him Perry the Paragon, so it’s a running joke now at work. Sometimes marketing peeps don’t get any credit for their hard work, so this award means the world to me. I feel validated. I’m going to take it to all my work meetings now and place it on the table when someone thinks I don’t know what I am doing… like a boss. 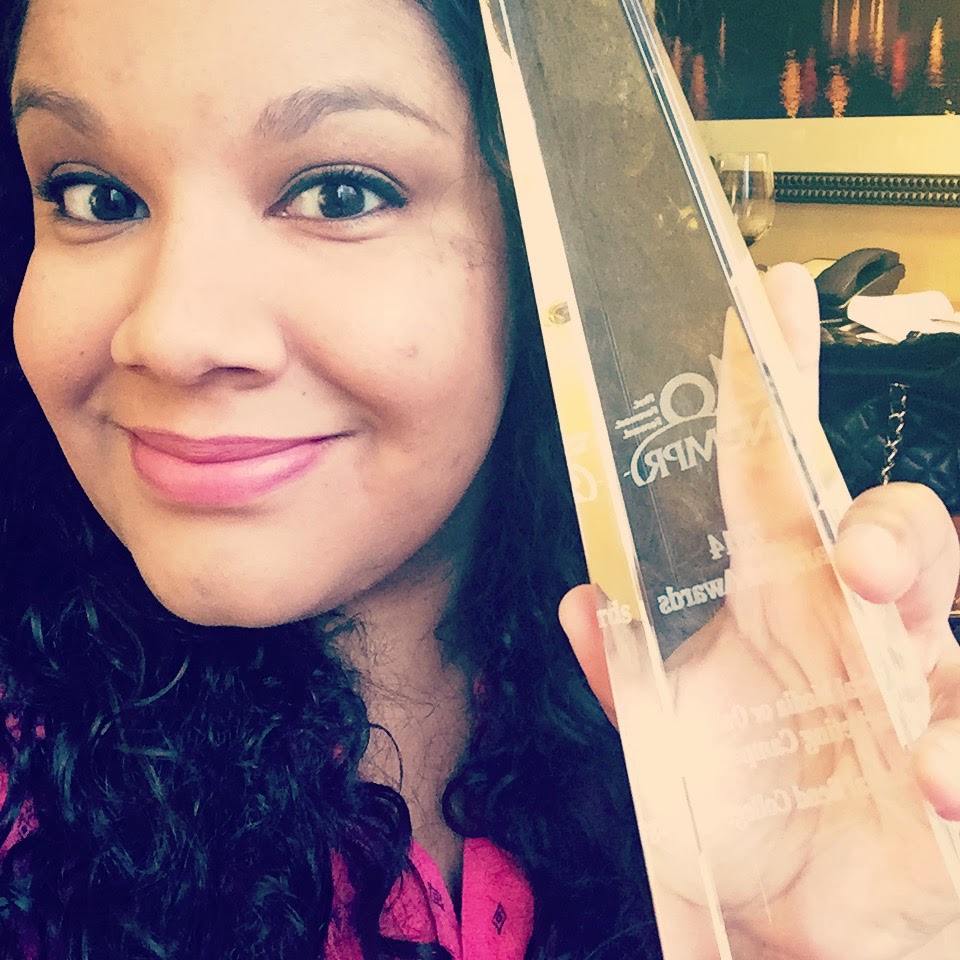 Besides eating, award winning, sight seeing and getting rained on, my husband also got to explore all the great craft beers available in Portland. He loved it so much he brought NINE bottles/bombers home, and that meant that Monica couldn’t bring home any wine. Boo. 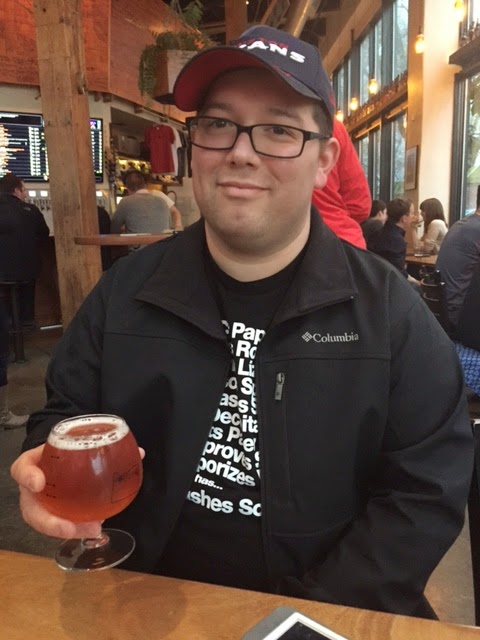 It also happens I was there on one of the last days for the famous PDX carpet. It was neat and a bit nostalgic. And here’s a tip if you go to Portland– PDX (airport) has the most affordable souvenirs ever. I thought they’d all be closed since we were leaving at 6 am, but nearly everything was open. They had a shirt for $10 that I paid $25 in a downtown gift shop. Blah.

Some other things we did were go to Oregon Museum of Science & Industry (a waste of $46- it’s best for children), ride the underground part of the MAX line from the Oregon Zoo, go to City Target, peruse Powell’s Books, drink at Fatheads Brew Pub, and walk more than I ever thought possible. 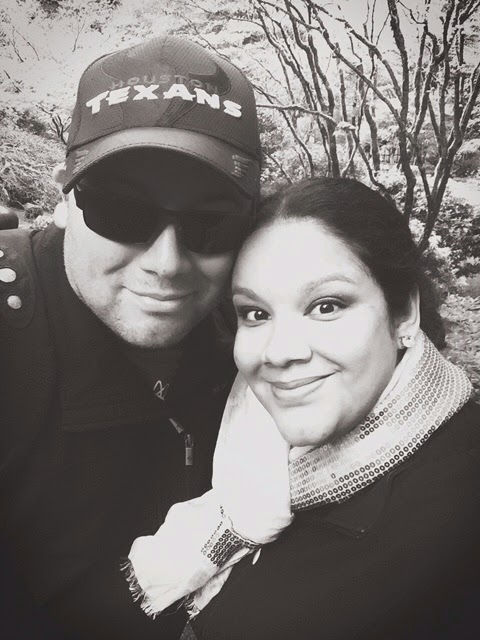 Portland- I miss you! Any of you been to PDX (or live there!) and want to add your must sees and must eats? Drop them in the comments section.