I’ve been back nearly three weeks after my BHG Live Stream NYC trip, and I am finally getting to do a recap! New York City is a city that gives you hope. I felt so inspired and revved up to make my dreams come true. Then I came back to Texas and that feeling dissipated. I can’t really explain why, but I suppose reality sets in?

I wanted to share a few of my fave sights from my trip. I lugged around my Nikon on this trip, and it was so worth the effort.

On Wednesday, I was in the studio at the Meredith headquarters all day, but I was thrilled to explore on Thursday and Friday.

Thursday I started off eating banana pudding from Magnolia Bakery for breakfast, and then headed to Central Park to work off my calories.

Central Park was so much larger than I imagined, but it was so beautiful. There were lots of little nooks and bridges that offered stunning views of the city. It’s such a big park that it’s easy to escape crowds and feel like you have the place to yourself. The weather was glorious– it was absolutely perfect. 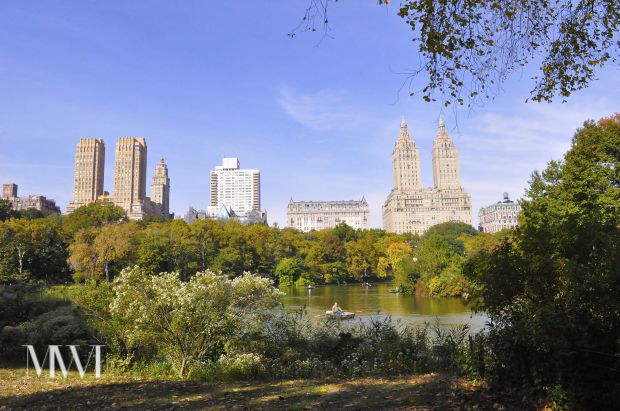 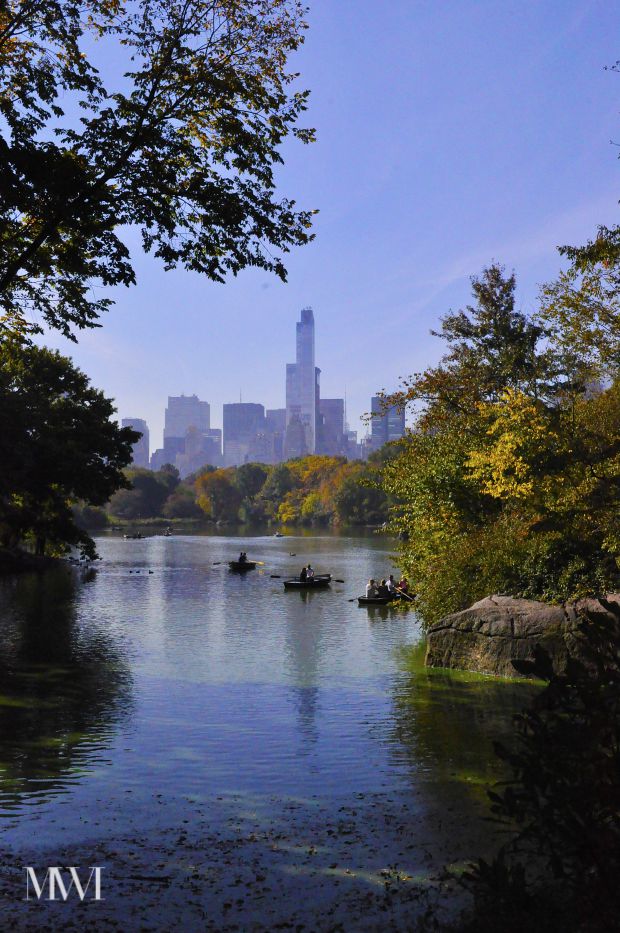 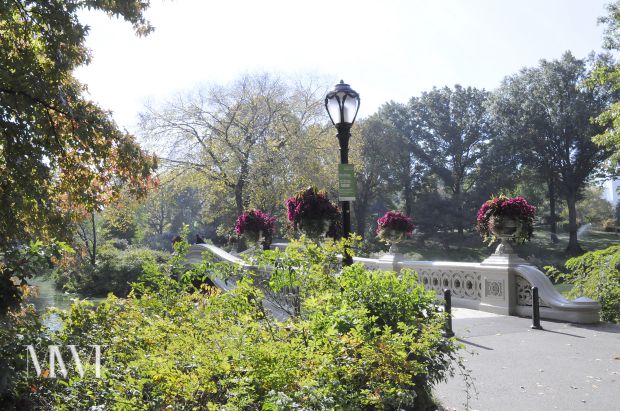 After that, I checked out of one hotel and into another, then I headed off to explore Grand Central Station, the New York City Public Library, Times Square and Sylvia on Broadway.

Grand Central Station was massive! I think it’s hard to explain how large it is, yet how timeless and beautiful it is. I would be thrilled to get to walk through there everyday on my commute. I wish I could have spent more time there, but I did explore a bit and then I went down to the food concourse to eat at the Shake Shack which was delicious. 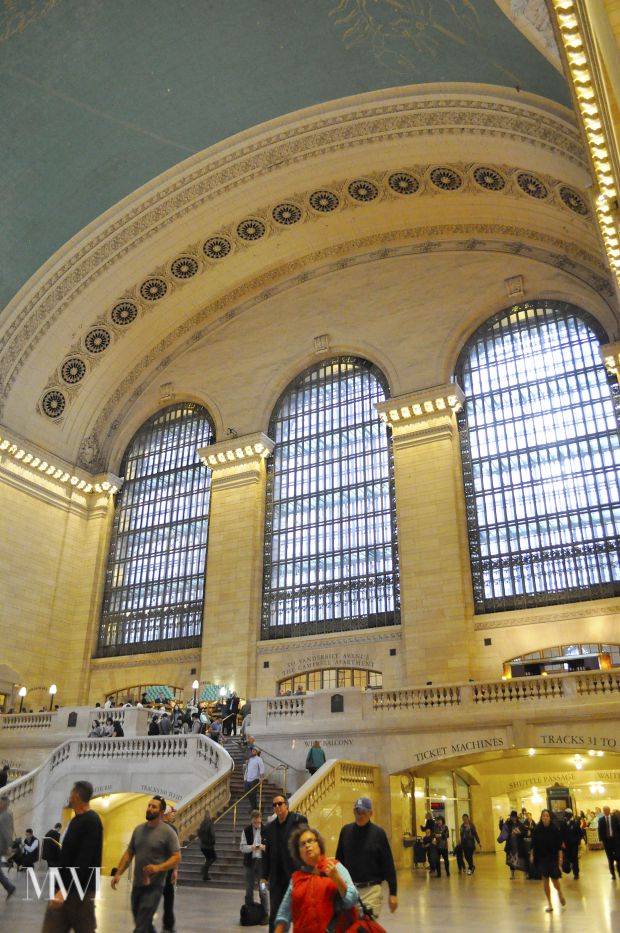 The main entrance to the Grand Central Station terminal is equally impressive, especially when you have the Chrysler building in the background. Isn’t the sky perfection? 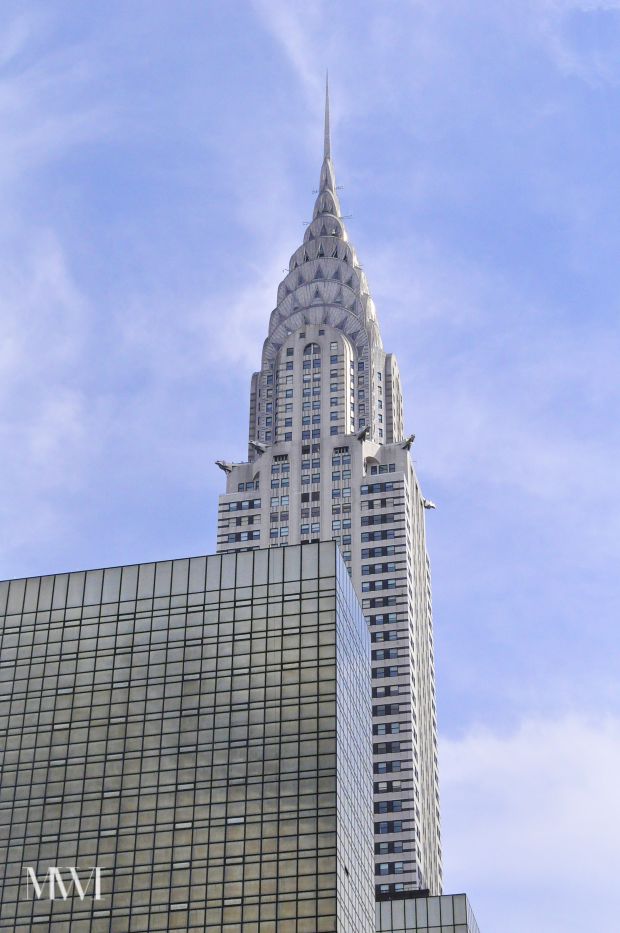 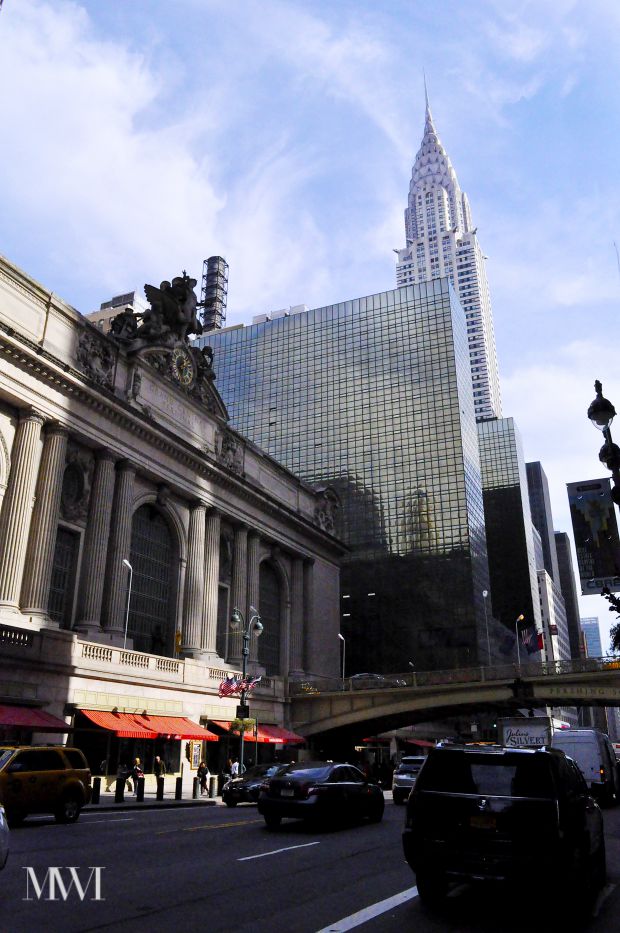 I’d been in and out of the New York City Public Library during my last super quick trip in 2012, but this time I spent more time exploring. The buildings are what make NYC one of the most beautiful cities on earth. They just don’t make buildings like that here in Texas. The ceilings, moldings, and architectural features were so fun to study and photograph. I was in heaven! 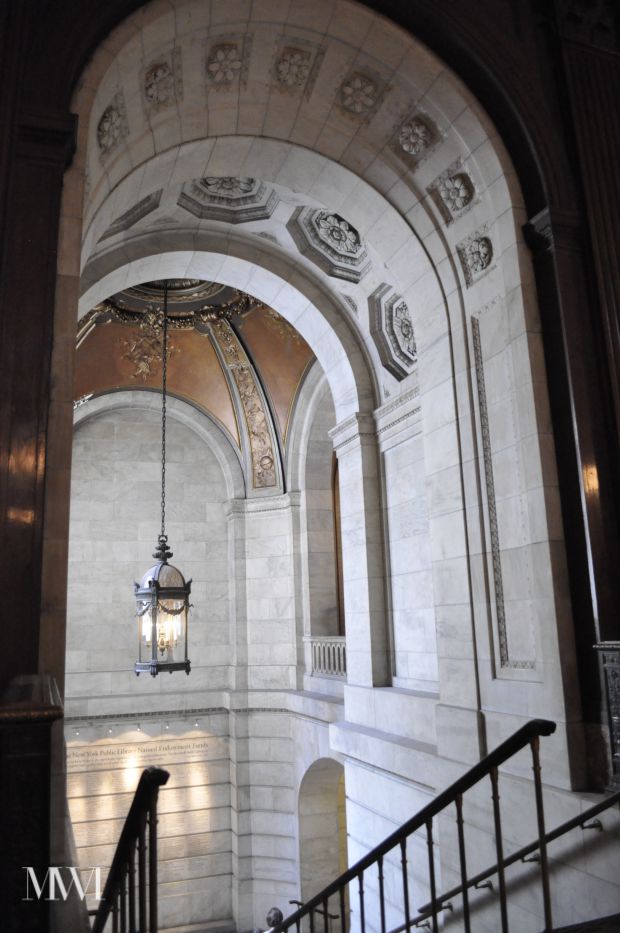 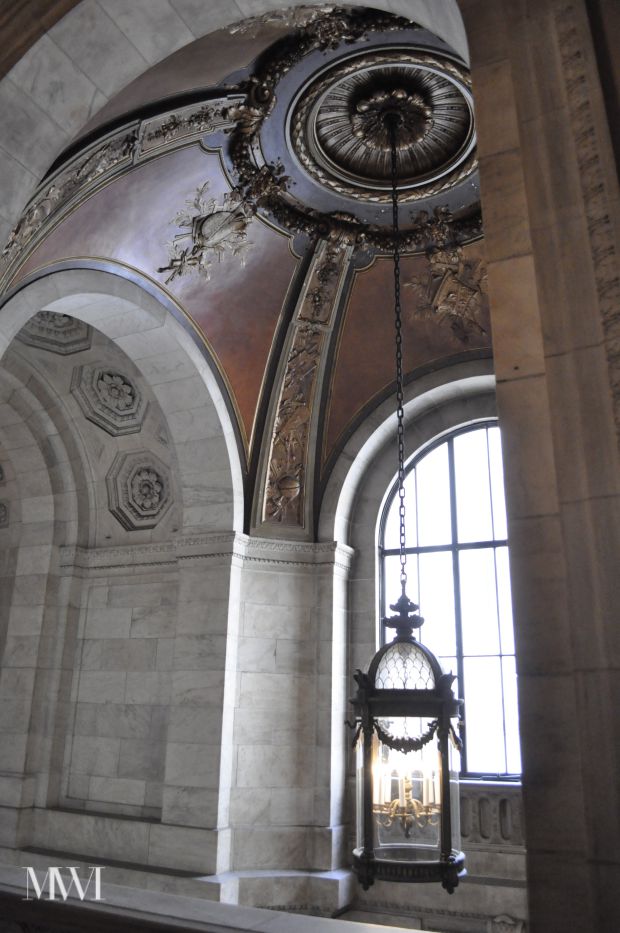 I made the colossal mistake of not taking sneakers to NYC, so after all that walking, I went back to my hotel and took a two hour nap. Lesson learned!

Like I mentioned, earlier, I went and saw Sylvia on Broadway while it was still in previews. The play is perfect for dog lovers (like yours truly), and stars Anna Leigh Ashford and Matthew Broderick. I laughed, cried, laughed, and cried some more. I highly recommend seeing it if you happen to be in NYC anytime soon.

I got a late start due to two breakfast mishaps– the VERY rude bartender at Lexington Brass wouldn’t serve me. Then I waited in line for nearly an hour at Ess-A-Bagel and ended up throwing my breakfast bagel sandwich away. Apparently authentic NYC bagels aren’t for me.

After wasting my entire morning, I finally made it over to The Metropolitan Museum of Art, which is now officially my most favorite place on Earth. The museum is expansive, so I chose to focus on what interested me the most, which were the exhibits that had furniture, textiles, etc. There were so many rooms with gold moldings and opulent furnishings that had me in awe. The museum was immaculate– I truly do not know how they do it. 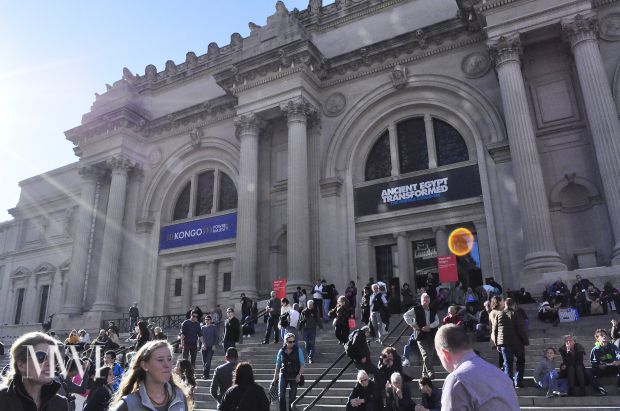 A tip for this museum– they have a pay what you wish system for admission…so pay what you wish. Save your money for some wine on the rooftop (5th floor) that has an epic view of the NYC skyline. I spent an hour up there just relishing in the sunshine and the moment. I was so blissfully happy. 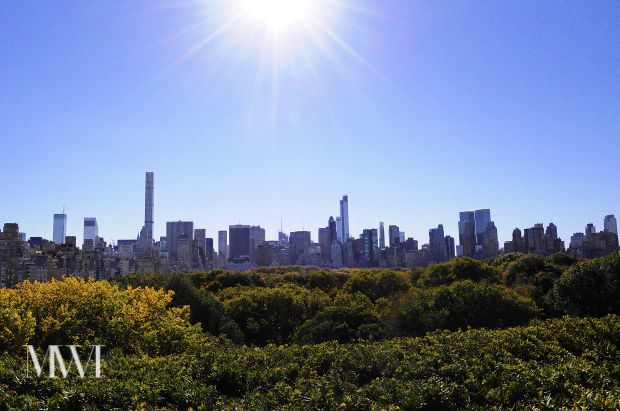 I should have taken notes of the exhibits as I took photos, but I was trying to take in as much as I could. Here are some of my fave exhibits.

I thought the American Wing would be ho-hum, but it turned out to be amazing! The decor fan in me geeked out at seeing stuff that is now trendy again. Plus, there were blingy chandeliers galore. 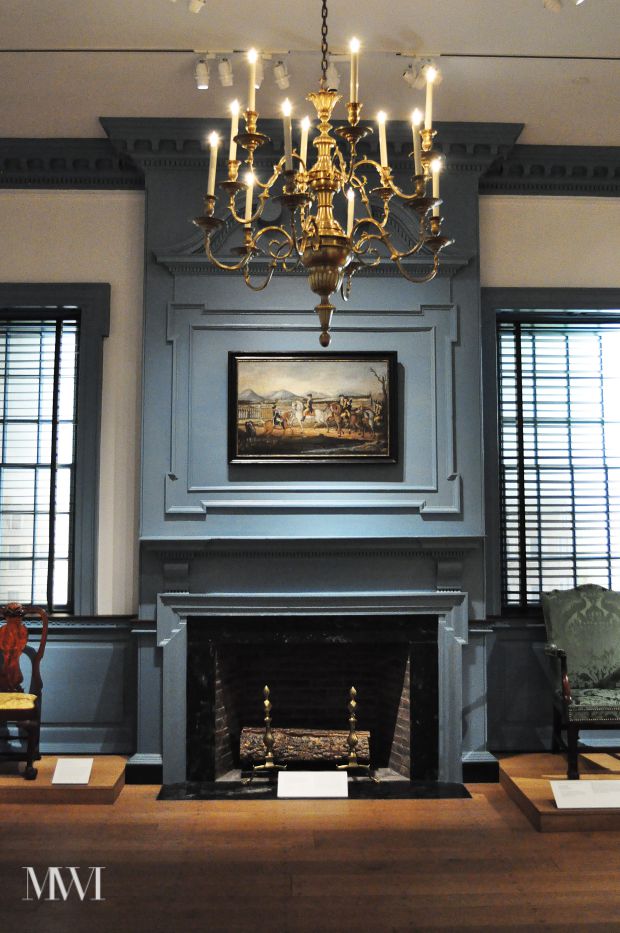 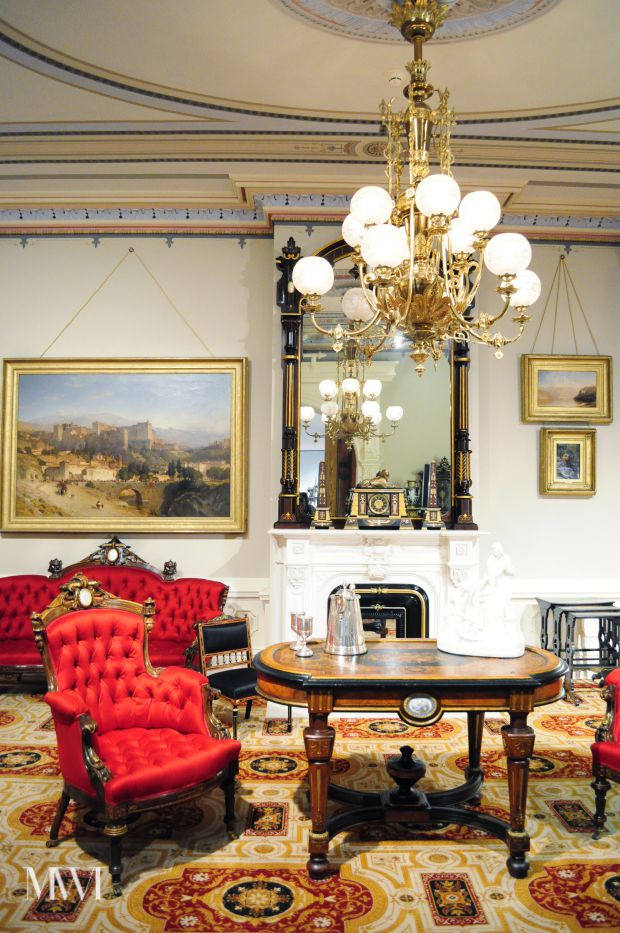 I felt like I was walking through the pages of House Beautiful throughout the past century. My most favorite room, however, is the one below. It’s so over the top, kind of Downton Abbey-ish, and glamorous. I also edited/saved this photo in black and white. I will likely print it out in large format for my office. 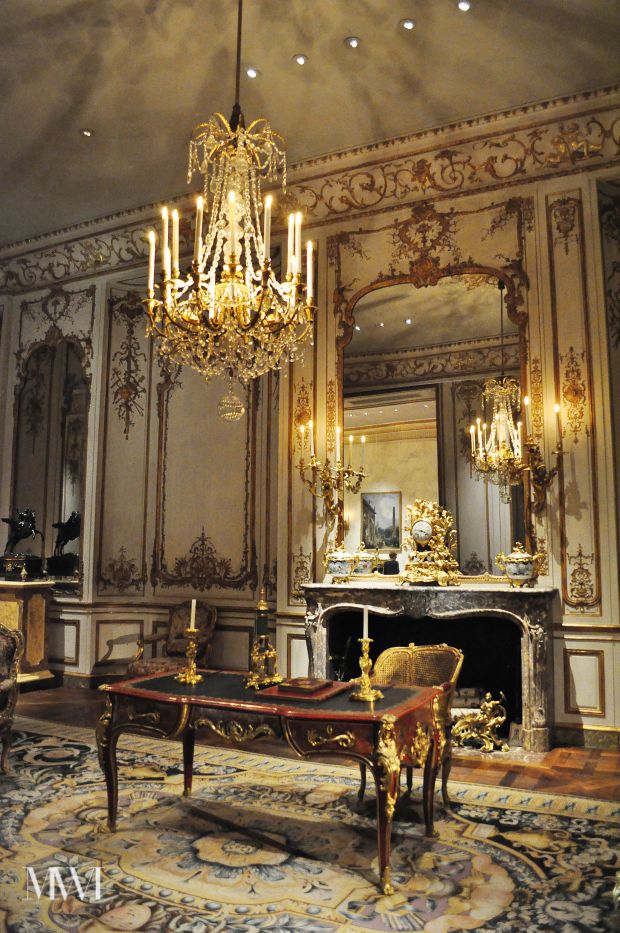 I hate to admit I am not an art buff… So, I skipped all the modern art kind of stuff. It’s just not me, and since my time was limited, I decided to do what I loved. Honestly, it was nice to focus on me and put work and other worries out of my mind. I felt as if I were truly living in the moment for the first time in a long time.

I want that feeling back.

But, I digress. After The Met, I walked (big mistake) over to the American Museum of Natural History (AMNH). I wanted to spend more time there (spent two hours), but I got so enamored with The Met and time got away from me. AMNH was fun, but definitely not as impressive as The Met. Looking back, I wish I would have spent more time at The Met, but it was cool to see some of the exhibits that inspired Night at the Museum. 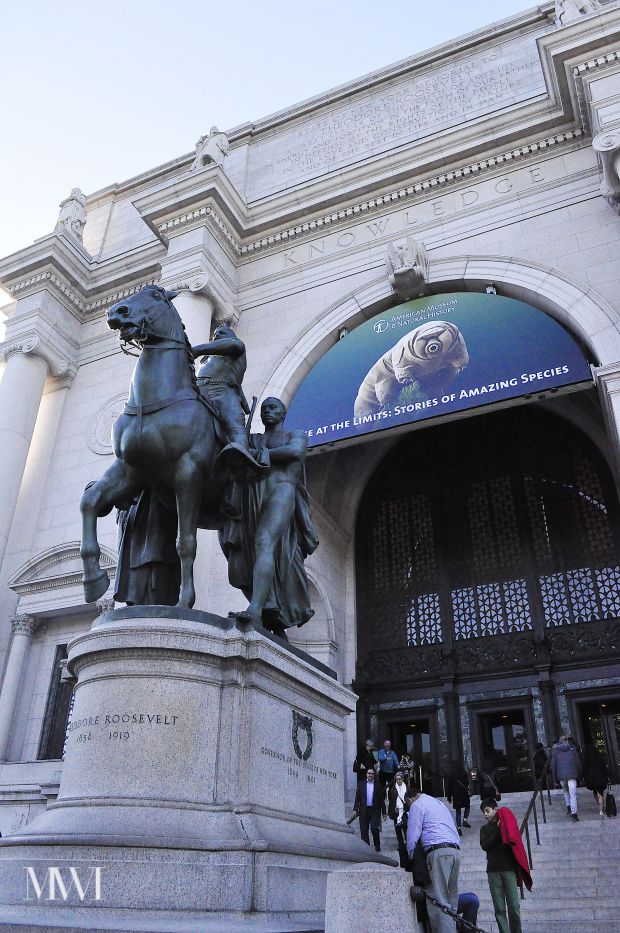 From there, I caught the subway over towards Rockefeller Center for my 6:20 pm reservation for Top of the Rock. The first time I was in NYC for the day in 2009, I went to the top of the Empire State Building, but honestly, Top of the Rock was a ton better. Plus, you can’t get a skyline photo of the ESB if you’re on the ESB. So, if you’re debating between the two…go for Top of the Rock.

I timed it right at sunset on purpose, so I was able to get a variety of photos. I love how the sun is nearly gone in the photos below. The blue, orange, and bright lights make for a frame worthy pic. 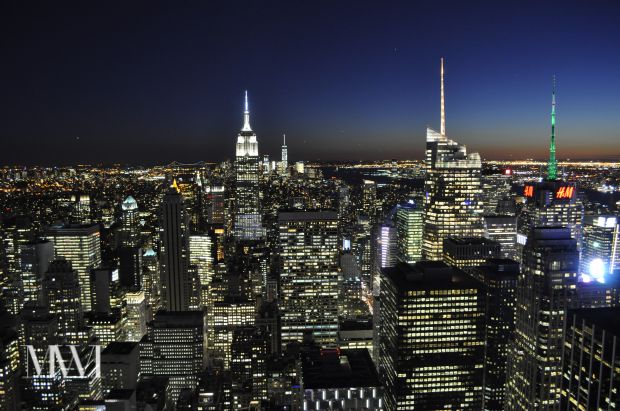 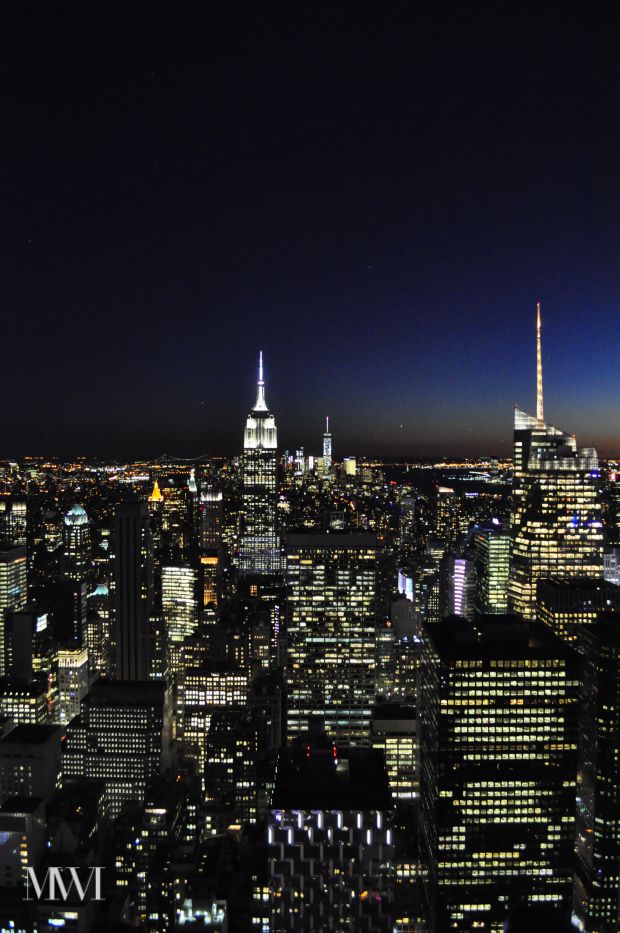 I spent about two hours up there, thinking and thinking about my hopes and dreams. Many friends and family were freaking out with my traveling to NYC and exploring alone, but I think it was just what I needed. I can’t quite articulate it into words, but I think I gained clarity and a sense of purpose.

My biggest NYC regrets were not finding good places to eat! Seriously, for it being called the city that never sleeps, I couldn’t find food past 7 pm anywhere and went to bed hungry. I stayed on Lexington and 49th, and I just didn’t find anywhere super yummy to eat. I know NYC has tasty eats thanks to the plethora of Food Network shows that showcase it, but I had trouble finding it.

I hope to go back and visit The Highline, Brooklyn Bridge and 9/11 Memorial. But until then, I’m so happy I took a true vacation for the first time since May 2012.

Overall, I felt alive in NYC, and I want to feel that way everyday.

Be back on Wednesday with a holiday table scape decor post that I hope you will love. xoxo!