Lately, I’ve been a gold digger. If you follow me on Instagram (ya should- I’ll follow back!) you’ve seen me working on a gold sawhorse desk with a metallic gold faux bois desktop that I can’t wait to show you!! Squee.

So, it’s totally obvious that gold is my obsession. But even more so, I’m obsessed with Krylon’s Gold Leafing Pen. It’s my BFF. Actually, if the Krylon pen could sing it’d probably say, “Why you so obsessed with me?” ala Mariah Carey.

This isn’t my first waltz with a gold paint pen. I’ve loved the Elmer’s Painters Pens for a long time. So, I did what any normal girl would do. 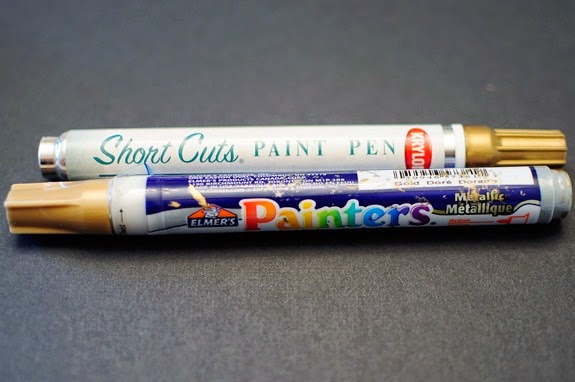 I made them fight it out. I grabbed a piece of black cardstock to see which one was the shiniest, truest gold of all. 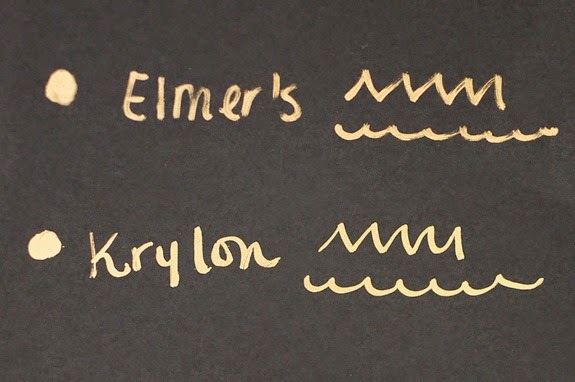 It’s kind of hard to photograph, but for TRUE gold leaf kinda gold, Krylon wins hands down. The ink flows out beautifully, while the Elmer’s kinda gets stuck once in awhile.

I wanted a quick project to give my Krylon pen some use, so I turned to some office supplies my BFF passed on to me during her recent move (sob! why did you have to move, Lindsey?! sob!).

She knew I was working on a black/gold/white office, and she thought these might fit in. They didn’t, but with a few strokes of my Krylon magical gold leafing pen they were quickly upgraded.
Here’s the before. Nice, but not quite what I need. 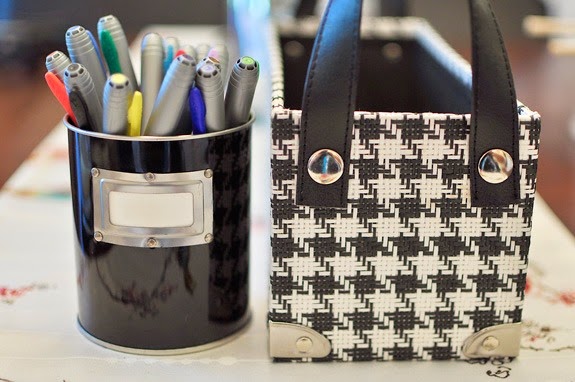 After about 5-10 minutes of work on each item, I had what I needed. 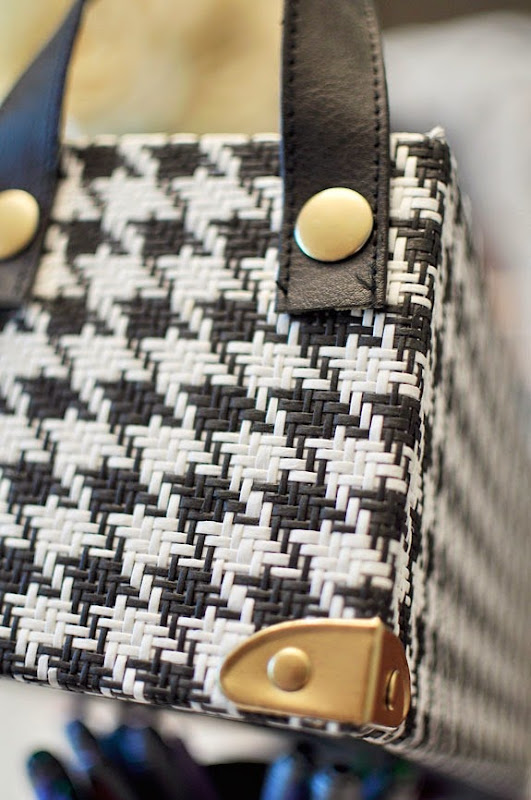 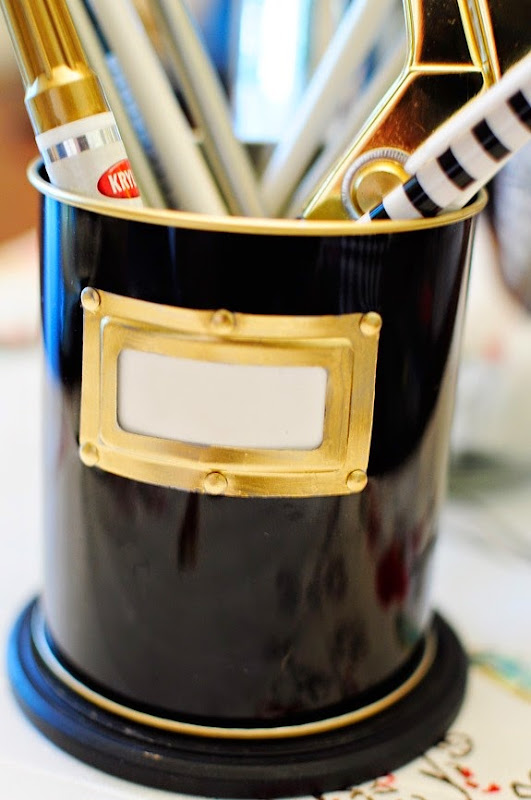 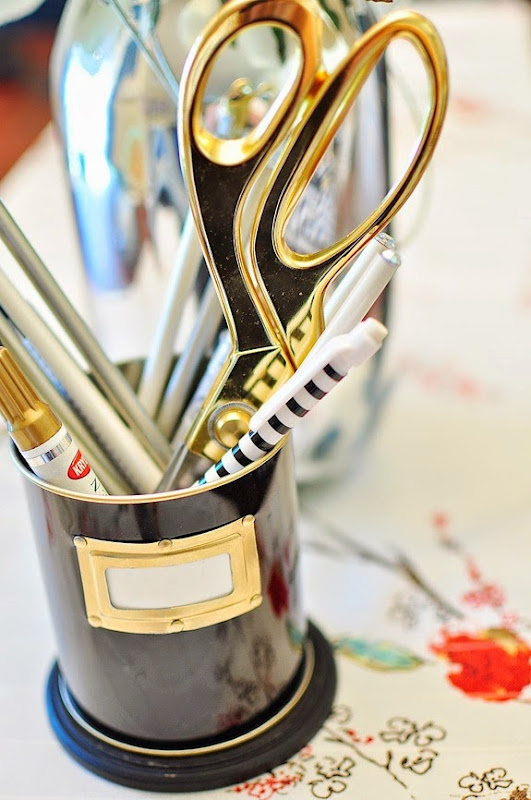 And just for funsies, a quick before and after: 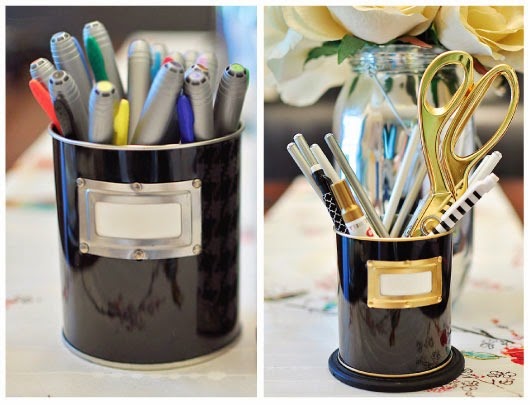 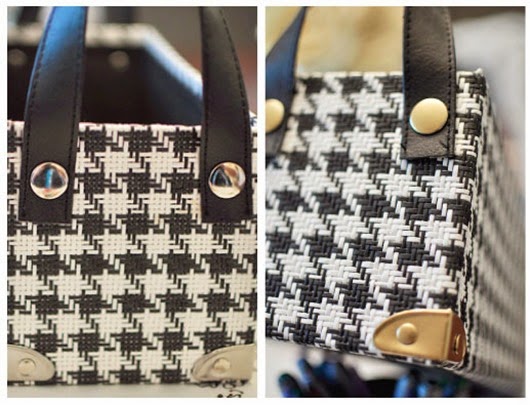 I’m officially running around the house saying, “Gold leaf all the things!!”

Side note: Aren’t those Nate Berkus gold scissors simply fab? Total splurge in terms of scissors ($17), but I HAD TO HAVE THEM. It’s the little things.

I love it! Now, I’m super lazy so I didn’t tape off any of the details that I painted gold, but if you do get gold paint some place you don’t want, use some nail polish thinner/acetone nail polish remover to get it off. Easy peasy. No fuss, no worries. I did 2 coats to get an even gold color on there.

I’ve been snagging these gold leaf pens for about $5 (they do last through quite a bit of projects though), and they’re also sold on Amazon. I’ll be showing you a few other things I’ve done with this marvelous pen sometime in the next few weeks. The possibilities are endless!

So, what do you think? Do you love the resurgence of gold as an “in” color?